Where The Jobs Are: Nuclear Plant Work | AREVA North America: Next Energy Blog

We were glad Forbes noticed the projects AREVA is working on for the United States , but even more so, we are glad they point out the jobs that the nuclear energy industry will bring to the US job market. 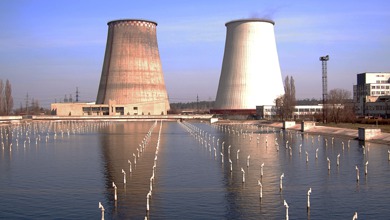 “America hasn’t built a new nuclear plant in three decades. That’s about to change. With 28 license applications pending at the Nuclear Regulatory Commission and construction likely to begin on at least four plants within the next five years, companies like Westinghouse, General Electric, Bechtel, AREVA, URS and the Shaw Group are staffing up, according to Edward Quinn, a past president of the American Nuclear Society, a nuclear power industry group.

The jobs aren’t just for nuclear engineers. In fact, only 5% to 10% of the employees who work on a plant hold a nuclear engineering degree, says Quinn. Those specialists work on the core, which uses nuclear technology. There are plenty of other types of engineers employed at nuclear plants and the companies that service, design and construct them, including civil, mechanical and electrical engineers. Beyond engineers, there are a slew of jobs for workers in the construction trades, from welders to grinders. There’s also plenty to do for electricians, pipe fitters, iron workers, carpenters and boiler makers….

Nuclear plant-related careers…pay good wages. Construction jobs are both union and non-union and come with benefits, says Michael Rencheck. Salaries start at $50,000. Engineers start at $65,000 and can make as much as $110,000, with the highest pay going to nuclear engineers.”