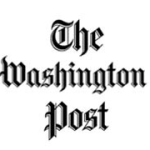 The Washington Post Editorial Board asks a great question today:

CAN THE WORLD fight global warming without nuclear power?

The article then notes that, “One major industrialized country — Germany — is determined to find out, and another — Japan — is debating whether to try. Both illustrate how hard it would be.”  And the majority of the article is about the facts of this choice.

To date, nuclear is the only proven source of low-emissions “baseload” power — that is, electricity that’s always on, day or night, powering round-the-clock elevators in Tokyo or office buildings in Munich…

But making up for the loss of that country’s reactors and meeting ambitious emissions goals would still require a veritable revolution in its electricity generation on a scale not seen since post-World War II reconstruction, Bloomberg reports. Critics reasonably predict that the country will instead rely on electricity imports from neighbors running old, reliable coal, gas and, yes, nuclear plants for years to come.

The editorial board closes with this insightful assessment:

…But prudence demanded then and now that they not abandon the power source precipitously. Maintaining existing reactors — and, we would argue, including next-generation nuclear technology as a component in forward-looking anti-carbon policies — doesn’t rule out a promising future for renewables, too. But it does make it much more likely that emissions goals can be met or exceeded.

Read the entire article here, it’s worth your time, and worth sharing with friends.