For the first time in more than a decade, a major hurricane packing winds exceeding 100 miles per hour swept past five U.S. nuclear energy facilities along the Eastern coast. These robust facilities were well-prepared and weathered the severe storm conditions as designed, including the four sites using AREVA’s TN Americas NUHOMS® used nuclear fuel storage systems.

After a severe event, the NUHOMS® above-ground design enables ease of inspection of the stored used fuel canister and module interior by safely sliding the horizontal canister out of the concrete module without risky vertical lifts. Any debris, like mud and dirt, can be easily cleaned from the module’s above-ground inlet and outlet vent passages. 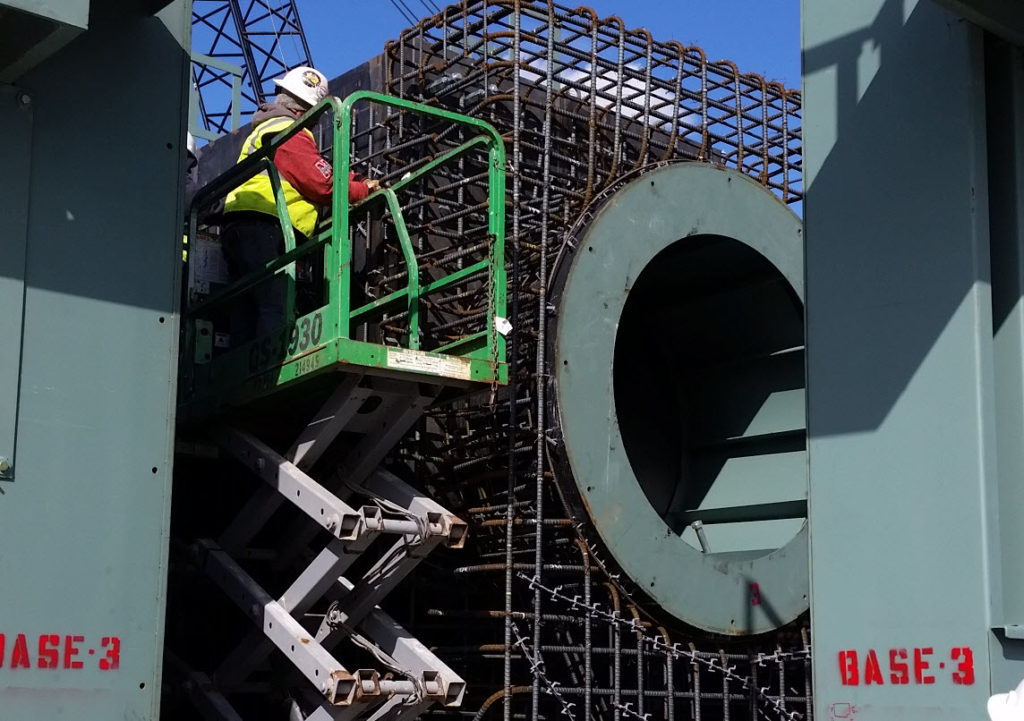 Preparing a NUHOMS module for its concrete pour at our facility in Moyock, N.C.

While Hurricane Matthew’s impact did not come close to the NUHOMS® extreme event parameters, this clear demonstration that the used fuel storage sites performed well in real-life severe conditions adds verification and certainty that the NUHOMS® systems safely perform as designed and according to NRC Regulatory Guide 1.76, NUREG-0800, and 10CFR 72.122(b). These robust NUHOMS storage systems are in place at more than 30 U.S. nuclear energy facilities where more than 1,000 TN Americas canisters safely store the sites’ used nuclear fuel.

We join NEI in recognizing the five nuclear energy facilities for their effective preparations for solidly weathering Hurricane Matthew, reinforcing that U.S. nuclear energy continues to be the country’s most safe, reliable and significant source of low-carbon electricity.