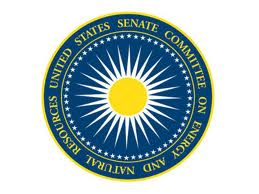 By almost all measures, the used nuclear fuel management program in the United States has failed taxpayers, ratepayers, the nuclear industry, and the public at-large.

Since 1982, ratepayers benefiting from clean, safe, and affordable nuclear electricity have paid fees into the Nuclear Waste Fund (NWF) with the promise that the Department of Energy would take custody of used nuclear fuel by 1998. The NWF now stands at more than $26B – with roughly $750M added each year – but the DOE has yet to develop a workable management program or meet any of its contractual obligations to utilities. Ratepayers have received nothing tangible for their fees, and the failure to deliver as promised has resulted in liabilities for breach of contract estimated to total $28B by 2020 – all owed by the U.S. taxpayer.

The consequences of this management failure extend beyond its fiscal impact. For the nuclear industry, it has forced continued uncertainty about the long-term pathway for used nuclear fuel, weakened public confidence, and created regulatory risk exposure from the lack of a solid Waste Confidence determination from the Nuclear Regulatory Commission.

Fortunately, there are now serious deliberations underway in the U.S. Congress to reform the existing policy framework and deliver a workable and sustainable management solution for used nuclear fuel. These deliberations are informed by the recent recommendations of the Blue Ribbon Commission and various legislative proposals, including the Nuclear Waste Administration Act that received a hearing in the Senate Energy & Natural Resources Committee today.

A policy consensus has emerged around the need to establish a mission-specific entity to manage used nuclear fuel, with assured access to the NWF for its intended purposes and empowered with the authority and flexibility to succeed. This entity would take over management responsibilities from the DOE, receive its funding from ratepayers (not taxpayers), and would have a stable management structure better insulated from political interference.

AREVA joins bipartisan voices in Congress and the Administration in believing that organizational change is needed to provide the credibility necessary to successfully manage a used nuclear fuel program. AREVA’s support follows the organizational principles outlined by the Nuclear Energy Institute for a Federal Corporation, which would enable the transport, consolidated storage, recycling, and geologic disposal of used nuclear fuel as part of an integrated approach to a sustainable fuel cycle framework.

While progress in the Congress is encouraging, the situation demands urgent action. Everyone deserves better.