When does 1 + 2 = 2,300? When it represents the addition of TVA’s Watts Bar 2 new nuclear reactor’s 1,150 megawatts of clean air electricity to the existing Watts Bar 1 facility.

We congratulate TVA on receiving its operating license from the U.S. Nuclear Regulatory Commission to bring Watts Bar 2 online in 2016. This added generation capacity represents reliable on-demand low-carbon electricity for 1.3 million America homes – a significant step in the right direction to meet our nation’s climate-action goals.

With this new reactor, nuclear energy will represent 35% of TVA’s electricity-generating portfolio and aid the U.S. in sustaining nuclear energy as the source for 63% of our nation’s low-carbon electricity. Separately, four more nuclear reactors are under construction in South Carolina and Georgia to add to the United States’ 99 reactors – the world’s largest nuclear energy fleet. 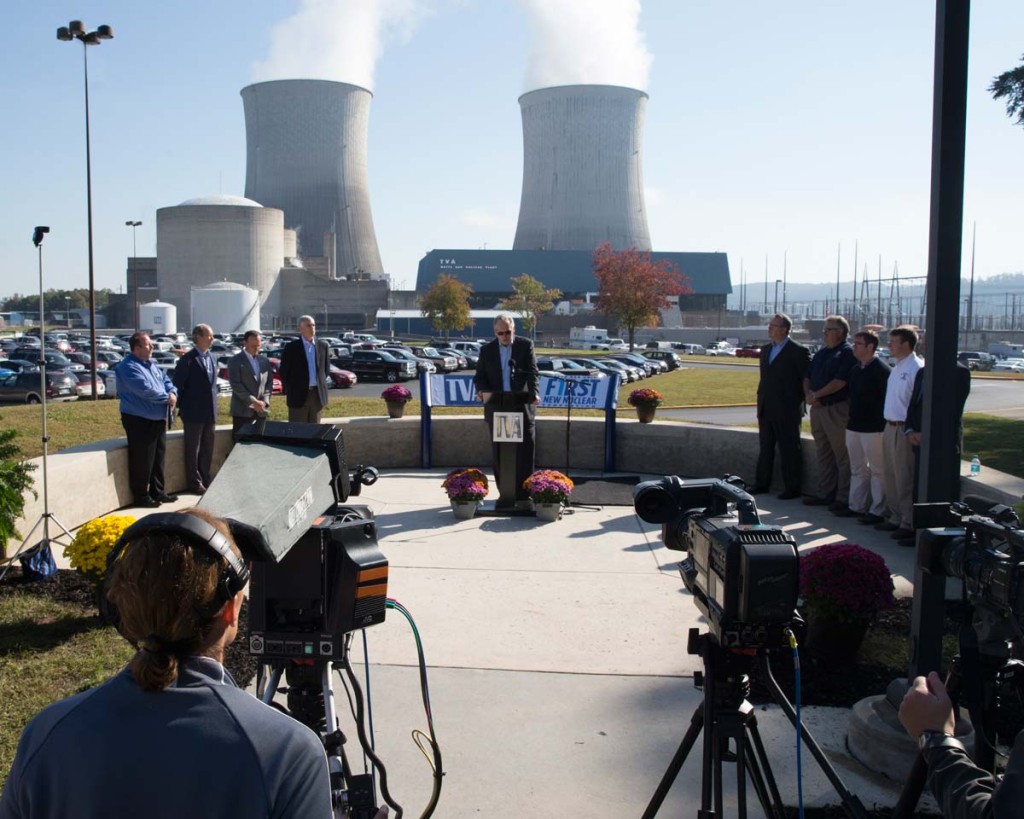 But new nuclear’s value is not only in additional low-carbon electricity, TVA is also increasing the long-term regional employment numbers with an expected 200 Watts Bar 2 employees. This brings the Watts Bar facility total employment to around 950 skilled and professional workers.