The Situation for Used Nuclear Fuel in the U.S. | AREVA North America: Next Energy Blog

The situation for nuclear energy in the United States is changing. President Obama has come out in support of an expansion of nuclear energy and the Department of Energy has awarded the first loan guarantee. Nuclear energy, and the role it plays in CO2-free electricity generation, is growing.

The situation for the back end of the nuclear fuel cycle is also changing. For half a century, nuclear reactors have been providing Americans with clean energy. In addition to the thousands of megawatts of electricity, this process also creates used nuclear fuel. The 104 reactors in the United States produce approximately 2,000 tons of used fuel every year (which will grow as additional nuclear power plants are added). In total, some 62,000 tons of used fuel has been created to date.

Today, these 62,000 tons are being safely stored on reactor sites either in cooling pools or in robust dry-cask storage. The Nuclear Regulatory Commission has certified that these methods are safe and acceptable for up to a century. 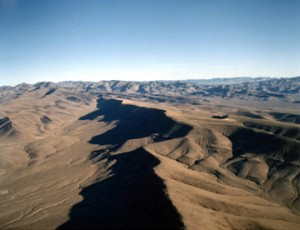 However, these materials are not intended to remain on these sites indefinitely. The answer provided by the U.S. Government, as legislated by Nuclear Waste Policy Act of 1982, was to build an underground repository that would accommodate the nation’s high-level waste. U.S. utilities that generate the spent fuel were made responsible for the cost of the project, and DOE was and still is in charge of developing it. After examining nine locations, Yucca Mountain, Nev., was selected in 1987 as the exclusive site for the DOE to begin its work. Extensive site, environmental, and technical studies have been performed to analyze the viability of this site.

Yucca Mountain was supposed to start taking used fuel shipments in 1998. Over a decade later, the project is far from complete and has cost some $10 billion to this point. The project has become a political hot topic and in March, DOE withdrew its license application. Many consider that Yucca Mountain is no longer an option. So the question becomes— what now?