Have you ever encouraged your kids to build something just so that you could destroy it? Well, that’s exactly what we did at the Seismic Shake-up event held at Vector Space in downtown Lynchburg. AREVA sponsored this event for twenty families to learn the science of seismic activity and build a structure capable of withstanding a vicious earthquake, much like the testing done at the AREVA Solution Center in Lynchburg on Mount Athos Road. The event was held Feb. 23 and 24 as part of National Engineers Week.

Given just a block of modeling clay and a box of coffee stirrers, these young structural engineers built an incredible variety of towers. Some stuck with the conventional wisdom of trusses, while others dared to tempt fate with creations that Picasso would have admired. While some reinforced their beams for structural integrity, others went heavy on the modeling clay. One tower in particular consisted of a giant spire of clay, topped with a single stirrer; the level of innovation was inspiring. 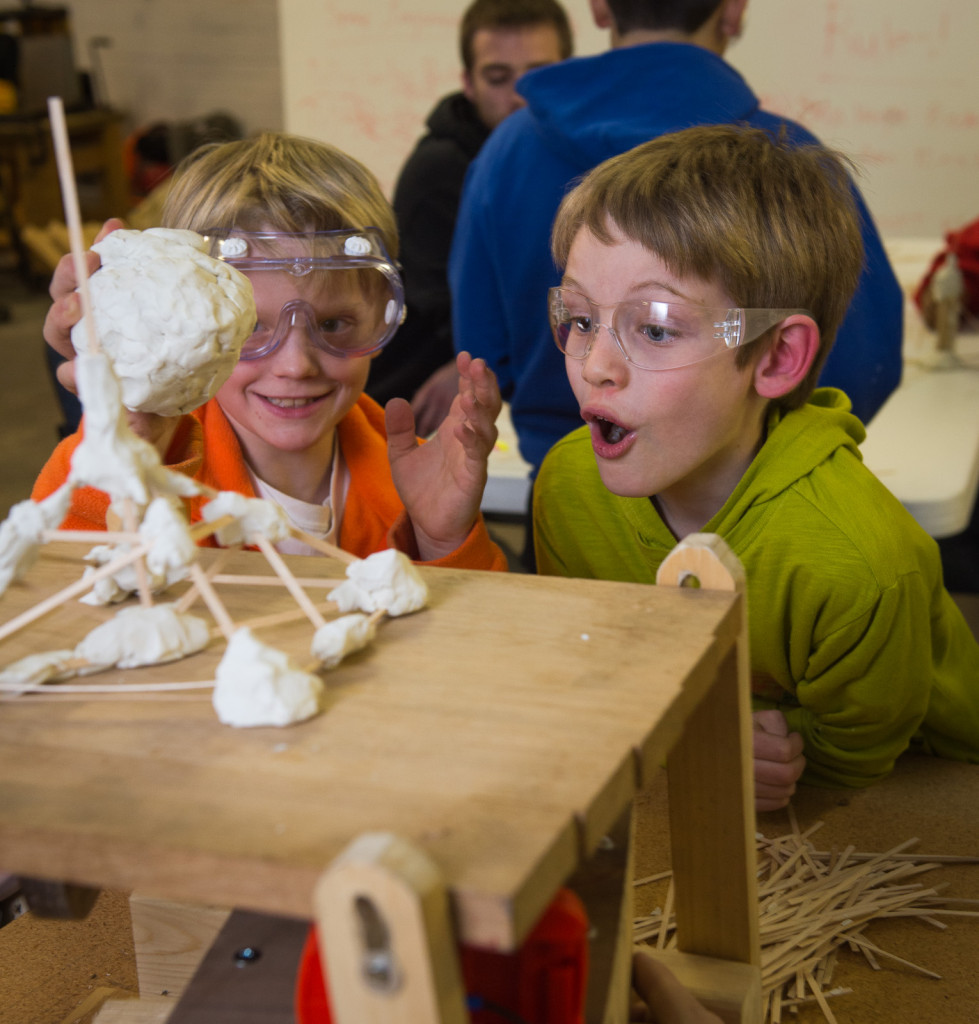 Putty and coffee stirrers versus the Vector Space shake table.

While the kids were deep in thought and hard at work, the adults began a similar challenge. Given copper wire and a soldering iron, parents teamed up to build a tower at least one foot tall. With only two adults having soldered previously, it’s safe to say that many learned a new skill during this project. The parents also had some pretty amazing innovations, especially when we added the challenge of requiring their towers to support five grams of clay at the highest point. There were twisted wires, spiraling radio antennas, and something that almost certainly took inspiration from Dr. Seuss.

After a quick pizza break, parents and children put their creations to the test against our custom-built, speed-controlled, Arduino-monitored shaker table. With peak accelerations back and forth of nearly 6g’s when loaded with five ounces (or six-times the speed of an object in freefall being accelerated by gravity in a vacuum near the surface of the Earth), it gives AREVA’s seven-ton 11g table some serious competition. Among the excitement and cheering, many towers crumbled and seemingly melted, but some stood strong, earning a place on the display shelf at Vector Space. 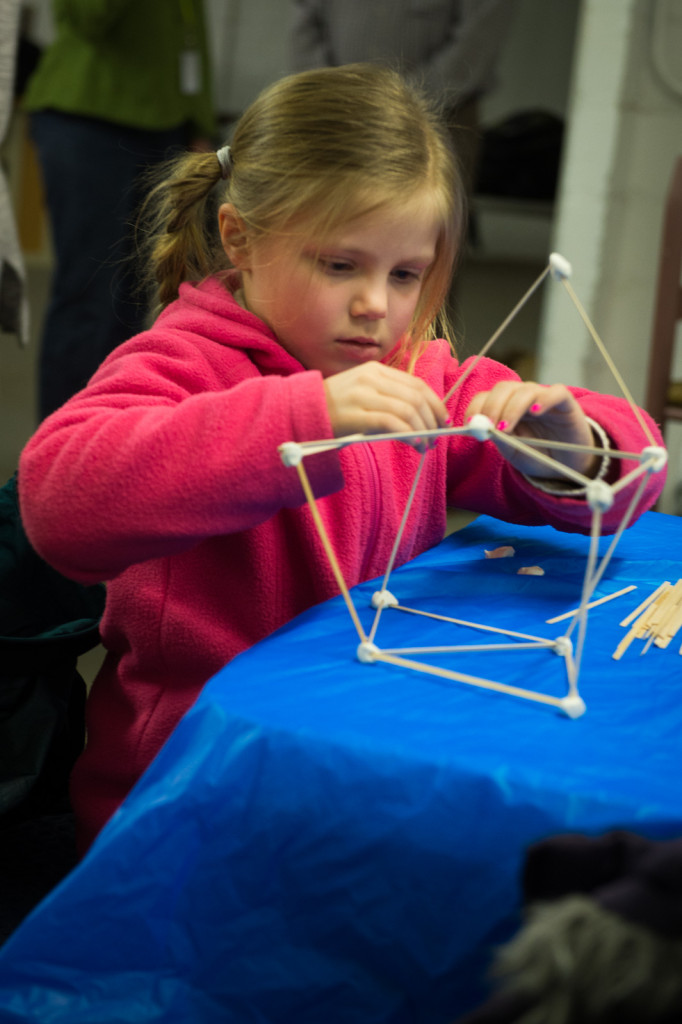 A potential engineer adds strengthening triangles to her tower challenger.

AREVA is a supporter of Vector Space, Lynchburg’s new makerspace, as part of the company’s science, technology, engineering, and math (STEM) education outreach initiative. In 2015, AREVA donated $10,000 in matching funds as the organization received donations for their capital campaign.

Vector Space will celebrate the grand opening of their new space on Saturday, April 16, from 1 – 4 p.m. The public is invited – make plans to join the celebration!