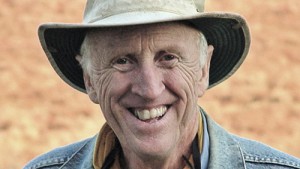 Over the last 40 years, Stewart Brand has emerged as one of the leading environmental voices and one who now strongly supports the use of nuclear and other clean energy sources as a method of combating greenhouse gases effect on global warming.

In 1960′s he founded, edited and wrote for the “Whole Earth Catalog” which was deeply influential in the US environmental movement. In 1966, he asked himself a basic question, which was how can we begin to see the earth as it is, as a finite resource?

“I herded my trembling thoughts together as the winds blew and time passed. And I figured a photograph—a color photograph—would help make that happen. There it would be for all to see, the earth complete, tiny, adrift, and no one would ever perceive things the same way. But how to accomplish this?”

He then began pushing an effort to press that the NASA help us produce that first image of the full, whole planet Earth seen from a distance, an image that up until then had never been taken. 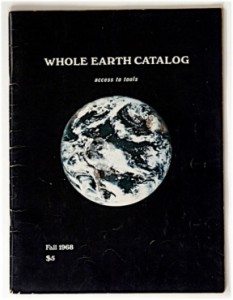 “It is no accident of history that the first Earth Day, in April 1970, came so soon after color photographs of the whole earth from space were made by homesick astronauts on the Apollo 8 mission to the moon in December 1968. Those riveting Earth photos reframed everything. For the first time humanity saw itself from outside. The visible features from space were living blue ocean, living green–brown continents, dazzling polar ice and a busy atmosphere, all set like a delicate jewel in vast immensities of hard–vacuum space. Humanity’s habitat looked tiny, fragile and rare. Suddenly humans had a planet to tend to. The photograph of the whole earth from space helped to generate a lot of behavior—the ecology movement, the sense of global politics, the rise of the global economy, and so on. I think all of those phenomena were, in some sense, given permission to occur by the photograph of the earth from space.”