Below is the English translation of an opinion piece written by Anne Lauvergeon, CEO of AREVA, and published today in the French daily Le Monde. 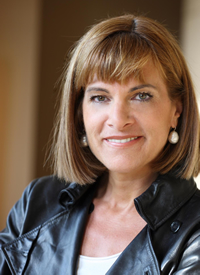 The French are the world champions of pessimism. In my mind, this is the result of politically correct thinking that either theorizes our complete decline, erasing France from the history books, or conveys a slick illusion of France to the world in a Western-centric reflex. We’re gripped by this schizophrenia.

In one case, the fear of a changing world, with emerging countries bursting onto the international scene, produces irrational anxiety that clouds our reason. In the other, our heads in the sand, we continue to speechify, thinking that at the worst France and at the best Europe will be able to hold onto the dominance acquired during the industrial revolution. Since it’s fashionable to cry out1, here’s my two cents:

I’m tired of these horsemen of the apocalypse, many of whom come from the elite, who reduce our common destiny to a dire alternative: suffer or die.

I head up an industrial group that is a global number one in nuclear power, ranked first in Europe and the US and expanding quickly in China and India.

I have developed a strong conviction from this experience: industry is the priority.

Let’s be lucid. The decades to come will continue to be decades of globalization, but also of a new phenomenon: deglobalization. Increasingly, the economies of the emerging countries and of the Western world are interlinked, but the progress of these new powers will also be determined by how their internal needs are met. This will effect profound change in the international division of labor and intelligence. If we don’t react now, we’ll suffer lasting decline together. In those circumstances, whether we are fatalistic or cry out, the effect will be the same.

I advocate a third path: one of pragmatism. By repeating that these are uncertain times, we have lost all our certainty. And yet the figures speak volumes: of the 500 leading companies in the world identified by Fortune magazine in 2010, 39 are French!

There are a few prerequisites to opening the debate on French industrial policy. First of all, because the debate affects the lives of several million people, it must be completely transparent and cannot be reduced to the interests of a few experts. Secondly, the time frames for industry, and particularly for the nuclear industry, are long. Changes of direction whenever the wind blows, petty compromises and personal quarrels do not deal with the challenges. “France Inc.” needs a sound, long-term strategy.

In the next 20 years, 250 new nuclear power plants will be launched around the world. French industry will have to fight to maintain its ranking as global number one. Nuclear power is thus a major national cause. Within this sector, AREVA is a great asset. It took us ten years to create an integrated group, from mining to power plant construction. Ten years of work and innovation to offer diversified products and services in nuclear power and renewables suited to each customer’s needs.

In my mind, with more than 80% of its capital held by the public sector, AREVA is a little piece of France. Everyone owns it, and its guidance, its strategy and its leaders cannot be chosen under cloak of darkness. It’s no secret that I’m a candidate for a new term at the head of this group. And I’m ready to discuss what needs to be done for the French nuclear industry, because at the same time I want to make my own contribution to its renewal.

In a world where one must rely on one’s own strengths above all, it is urgent for France to reindustrialize. But in our heads first. The word “industry” has been banished from our vocabulary for more than twenty years: the painful closings of primary industries, the excessive financialization of the economy and the need for environmental conversion have led our elites, our businessmen and our citizens to turn away from this development model, admittedly associated with a “glorious” past, but now out of date. And yet innovation has changed this sector radically. Safer, more value-producing technologies have substituted for brute human strength. Few have perceived this change and, with the notable exception of the energy sector, industry is struggling to attract young engineers. More proof? France’s deficit in industrial investment is put at one hundred billion euros. But industry can’t live on words; it needs examples.

Ten years ago, the nuclear industry was seen as antiquated and without a future. We refused to resign ourselves to this and we took a chance. In 2000, for example, it looked like our Chalon-sur-Saône plant was doomed: orders from its only customer, EDF, were sporadic once its French reactor fleet had been built. I rejected the recommendation to shut down and elected to transform a collection of old tools into a real plant.

Ten years after the fact, the plant is still there, but bigger, with twice as many employees and ten times the revenue. Heavy industrial components are dispatched to the US, to Finland, to China and to EDF, which was able to keep its national supplier at its side throughout this internationalization.

At AREVA, the exact opposite of the declining trend in French industry is reflected in the 26,000 new hires made in 3 years, powerful research and development (10% of our revenue), and 70% of our capital spending in France, even though our sales are primarily abroad.

1 Translator’s note: reference to Indignez-vous! (Cry out!) by Stéphane Hessel, a publishing sensation in France.