MOX Project is Best Option for Nonproliferation and Budget Goals 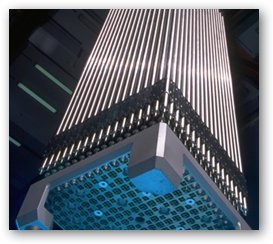 If the United States is going to honor its international nonproliferation agreement with Russia, then the MOX Project is the best option based on time, money, security and environmental goals.

In 1998, the United States and Russia committed to each other and the world that each country would permanently convert 34 tons of weapons grade plutonium into non-weapons material. After extensive research and analysis of multiple options, the United States Department of Energy (DOE) chose to convert the plutonium into fuel for the American nuclear reactor fleet as a low cost fuel supply for decades of low carbon electricity production. The DOE affirmed its decision in the July 2012 Draft Surplus Plutonium Disposition Supplemental Environmental Impact Statement, stating on page S-33: “The MOX Fuel Alternative is DOE’s Preferred Alternative for surplus plutonium disposition.”

The MOX Project—a first-of-its-kind U.S. nuclear facility being built to fulfill our agreement—is 60% complete, but now the Administration’s 2014 budget proposes to underfund the program and effectively abandon the project’s completion.

There are four options to address America’s nonproliferation agreement and manage our 34-ton stockpile of surplus weapons-grade plutonium. Each option should be evaluated on the criteria of time, money, security and environmental impact:

Of these four options, the solution is clear: Maintaining current funding and completing the MOX Project

Achieving any one of these results would be significant for our country and a valuable return on budget investment.

MOX Project delivers on all of the above.