Let’s Move From “Us Versus Them” to “We” | AREVA North America: Next Energy Blog

As I looked out the window, and I saw the sun coming up and the curvature of the Earth, I thought, “Wow. The Earth is round.” But when I saw it with my own eyes, it meant something different to me. And looking at the Earth’s atmosphere and seeing how thin it is, you realize the Earth is a very fragile planet.
—Eileen Collins, space-shuttle commander 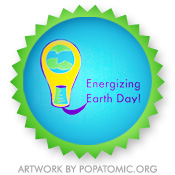 In a microcosm, Earth Day, 1970, had the effect of creating a community out of a New York City block full of isolated strangers. All over the country similar small miracles occurred. What had been an ignored commons was transformed and so, for a time, were we. Now it’s more evident than ever that what happens to the atmosphere or the ice caps and glaciers on one part of the globe becomes everyone’s problem. The increasing droughts in some areas due to temperature rise are putting dust in the lungs of children thousands of miles away. China’s smog drifts to California. We can’t survive as isolated, self-regarding entities. We’re linked to the destiny of all humans and the destiny of the earth, as Stewart Brand foresaw when he searched for a visual way to express that truth. Our personal destinies, and the destinies of our children, grandchildren, and remote descendants are intimately linked to choices we make today. 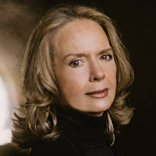 The environmental movement, misinformed, with good but terribly misguided intentions, scared the public about nuclear power. Nuclear plants that had been planned were not built. Others were shut down. My fellow protestors and I wanted the Shoreham nuclear plant closed, and it was. (As a result, almost all of Long Island’s electricity now comes from fossil fuels—mostly dirty, deadly diesel.) But anti-nuclear activists did not cause the hiatus. Problems abounded in the fledgling nuclear industry – cost overruns, increasingly longer construction times, lack of experience with the new technology among private-utility operators, and in some instances a lack of a safety culture. For all these reasons, we kept burning more coal and gas when a far better option, if wisely employed, was available. And in fact many American nuclear plants have been run very well, quietly and efficiently providing cheap electricity that otherwise would have come from burning coal.

When I began my nuclear journey I didn’t know about base-load electricity—the steady flow that reliably meets the minimum demand at all times. I thought we could get all the power we needed from wind, sunlight, conservation and efficiency. These all are useful, but the fact is that base-load comes from only a few sources: fossil fuel combustion (about 75%), hydroelectric dams (about 6%), and nuclear power (20%). Of these, nuclear power is the only clean, readily expandable resource and has the smallest environmental footprint. To reduce carbon emissions, fossil fuel plants must be replaced whenever possible with nuclear plants. We’re accustomed to thinking of them as gigantic, but in fact reactors actually come in a variety of sizes and can be adapted to a variety of needs. (The Nuclear Navy has demonstrated the flexibility of reactors. After the earthquake in Haiti, a nuclear aircraft carrier, the U.S.S. Carl Vinson, came to the rescue. Process heat from the ship’s reactor enabled the desalination of 400,000 gallons of seawater a day to keep people alive.)

Climate scientists use probabilistic risk assessment methodology to analyze climate change. Reactor scientists use the same methodology to determine reactor and fuel-cycle safety. So why do some people in the technical community remain skeptical of climate-change science, which is derived from a vast body of data and which is supported by nearly 100% of climatologists? And why do those in the environmental community who are convinced of climate change because of the science want to limit or obliterate nuclear power? There are good reasons that high-profile climatologists like James Hansen campaign for more nuclear plants.

No matter what our opinions, we all are participating in the huge release of carbon into the atmosphere with every keystroke, every flip of the switch in our households, every purchase of a doodad from China. Ocean acidification, destroyer of oxygen-producing marine life, and the rapid rise in the average global temperature will not wait while we argue about which side is right. It’s time to drop all that and become more conscious of our shared destiny.

We need to listen to one another. I look forward to a time when nuclear engineers routinely participate in Earth Day and understand that they in fact comprise the leading edge of the environmental movement. Because of my own experience about prejudices I harbored because of wrong information, I’d like to see every anti-nuclear activist tour a nuclear plant and learn about the extraordinary scientific, humanitarian, earth-friendly feat occurring within its sturdy walls. I encourage people on both sides of the debate to examine their biases and to help others make the transition from myth to science-based fact.

The power to save the world does not like in rocks, rivers, wind, or sunshine. It lies in each of us. 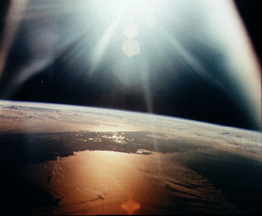 Gwyneth Cravens is the author of Power to Save the World: The Truth About Nuclear Energy and has written articles on science and other topics for The New Yorker, Harper’s, the New York Times, the Washington Post, and other publications.