Huffington Post: “Nuclear Energy is Essential to a Green Future and our Economic Competitiveness.” | AREVA North America: Next Energy Blog

We’ve said it before, but we’ll let someone else say it this time, “with 10 percent unemployment and a government determined to stimulate economic growth and put people back to work, what better use for our stimulus programs than building a series of nuclear facilities around the country?” 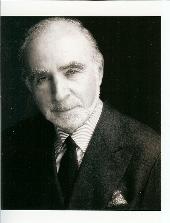 This astute statement is from a piece by Raymond J. Learsy Sunday in The Huffington Post. Learsy’s point is that nuclear energy is a clean reliable energy source—and it also means energy security, jobs, and potential economic base.

We hear much about the job-creating possibilities of new clean energy technologies. They should go forward at full speed. But in nuclear power, we have a preeminent technology being sought out by others and vast knowledge in an energy field that is that the top of the agenda for many nations in a world needing efficient and clean energy solutions. And here we are, going close to nothing in bringing about a nuclear renaissance to our own communities even when it could be at the core of dealing with climate change and a key stimulus to our labor market.

Learsy emphasizes India’s and China’s substantial commitments to new nuclear builds. These two developing countries already have dozens under construction or planned for the next 20 years, which means the United States is steadily losing its leadership in nuclear diplomacy and technological development. The change is happening, and we are falling behind.

A key factor to kick-start building U.S. energy infrastructure is to allow for used fuel recycling, as Learsy puts it:

A first and important step would be to reverse President Carter’s almost unilateral “indefinite deferral” of our plans to reprocess and recycle used nuclear fuel because of concerns that reprocessing could contribute to the proliferation of nuclear weapons. President Carter expected other nationals to follow his lead, but they did not, recognizing Carter’s policy offered no viable path to prevent proliferation.