During our Earth Day activities last week, we found these articles’ clear-eyed perspective on achieving a low-carbon energy future particularly encouraging. As we’ve noted before, nuclear energy is not the only solution for a low carbon future, but it is and will be part of the solution. 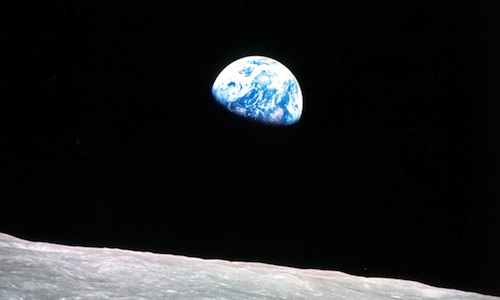 On TIME’s Ecocentric blog, Bryan Walsh brings up a number of good points in his post, On Earth Day, Contemplating the Human Cost of Energy, including,

When we evaluate different forms of energy, we shouldn’t only take into account the financial price or even just the environmental cost, but the damage to human health and well-being as well. And the results are a bit surprising … Coal is by far the deadliest source of energy per unit of power … And at the bottom is nuclear power …

So I went to Comanche Peak Nuclear Power Plant in Glen Rose, Texas, which lies just outside of my district, to get answers. I left the tour with renewed confidence not only in the safety and security measures at Comanche Peak but at plants around the country.

In fact, I told the plant manager before I left, “If there is ever an earthquake in this area, I want to be in the control room at Comanche Peak because that is the absolute safest place to be.”

Andrew Revkin also spent Earth Day thinking about nuclear power. He toured the Indian Point Nuclear reactor in New York and posted his thoughts on the Dot Earth blog about standing at the top of the facility’s used fuel pool,

I felt a mix of awe and fascination — and, yes, a tingle of fear — as I stared into the green depths and absorbed that the reactor’s entire legacy of used fuel since it began producing power in 1976 was there in that small space …

I was strongly encouraged by what I saw today, but will be doing more reporting before weighing in more thoroughly here.

This reasoned discussion and self-education approach best serves the ongoing assessment and strategy for developing energy sources to meet our country’s current and future needs.

The most important point — they went and investigated the situation and plants for themselves. This is key to understanding the facts about nuclear energy in the U.S.