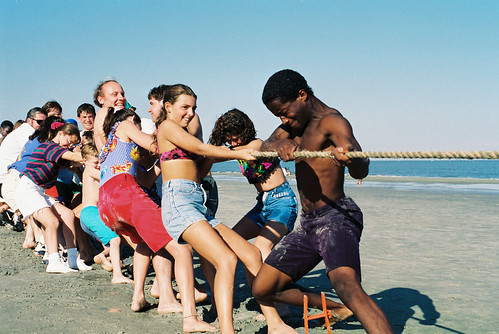 There have been an increasing number of articles — and we’ve tried to post many of them on the blog — noticing the trend of former opponents of nuclear energy seeing that in an age of climate change issues, that nuclear energy becomes a new, and to them, a surprising ally in battling greenhouse gasses and producing clean energy. In this week’s Washington Post front page story, they highlight several stories like this:

But Steve Cochran, director of the National Climate Campaign at the Environmental Defense Fund — a group that opposed new nuclear plants in the United States as recently as 2005 — also described a new and evolving “pragmatic” approach coming from environmental camps. “I guess you could call it ‘grudging acceptance,’ ” he said.

“If we are really serious about dealing with climate change, we are going to have to be willing to look at a range of options and not just rule things off the table,” he said. “We may not like it, but that’s the way it is.”

That position, observers say, marks a significant departure. “Because of global warming, most of the big groups have become less active on their nuclear campaign, and almost all of us are taking another look at our internal policies,” said Mike Childs, head of climate change issues for Friends of the Earth in Britain. “We’ve decided not to officially endorse it, in part because we feel the nuclear lobby is already strong enough. But we are also no longer focusing our energies on opposing it.”

Blogger Rod Adams notes this same story and adds what strikes us as wise commentary:

“My analysis of the strength of the technical advantages of nuclear energy is that anyone who is not actively opposed to nuclear energy development is effectively FOR nuclear energy. (If you are not against us, you are for us.) That is especially true when the group that has made the shift has been working so hard against the technology for so many years. Think about a massive tug of war – if some of the people on the other side simply let go and stand up, the rope moves rather rapidly in your direction.

That is, of course, assuming that your side does not stop pulling.”