On Jan. 10, the U.S. Nuclear Regulatory Commission (NRC) released a list of U.S. reactors for which vendors placed orders for forgings from Creusot Forge in France. We support the release of this information, which provides an accurate list of U.S. reactors for which forgings were ordered from Creusot Forge, whether AREVA or another vendor ordered those forgings.

This list reflects records showing that vendors placed orders for forgings from Creusot Forge for 17 U.S. reactor units. Not all of these components were installed or put into service. We are working with the other vendors to verify the data gathered thus far regarding the number of forgings ordered.

First and foremost, evaluations to this point confirm the quality and safety of components that AREVA directly provided to U.S. utilities. The NRC is part of a multi-national inspection team that visited Creusot Forge. The regulator has stated that it sees no indication of safety concerns for the U.S. reactor fleet. Utilities also have routine maintenance and inspection programs to monitor and test their reactor components to confirm their safety and strength.

It’s also important to understand that the audit of manufacturing documentation at Creusot Forge is distinct and separate from a measurements program concerning carbon segregation.

Quality assurance improvement actions have already been implemented at Creusot Forge. As soon as the first irregularities came to light, and in line with the quality improvement plan established after AREVA NP purchased the forge in 2006, we increased supervision and oversight of production, including a third-party team of independent inspectors. We will put in place any further actions deemed necessary upon the completion of the quality audit. 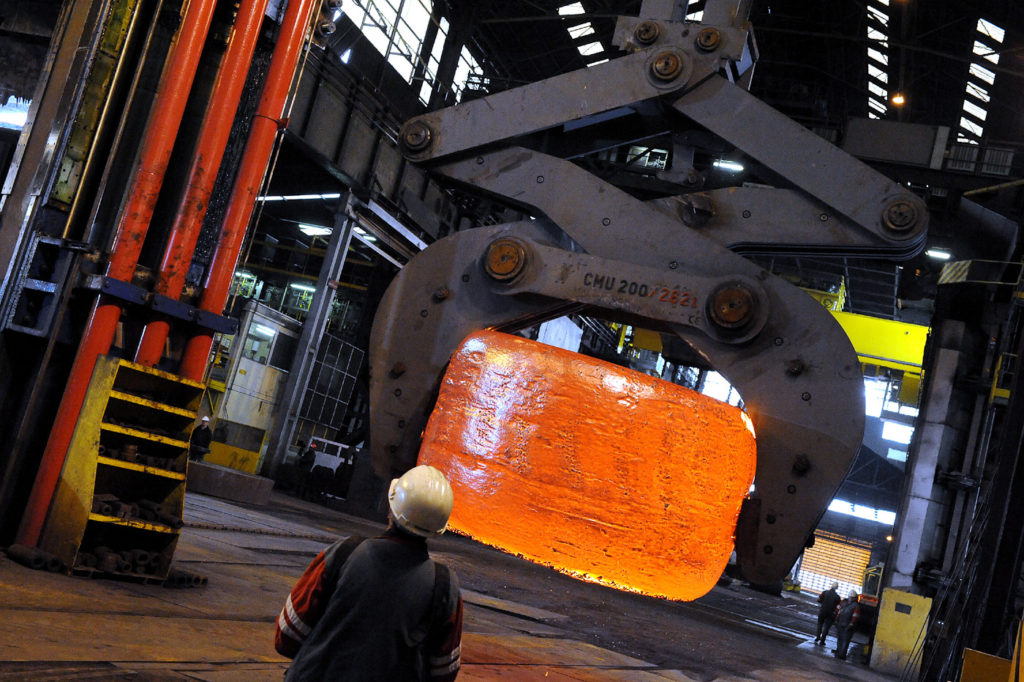 At the end of 2015, we launched a review of manufacturing documentation at Creusot Forge dating back to 1965, which led to the discovery of irregularities in the documentation. AREVA acquired the forge in 2006.

During the original manufacturing process, some files were marked in a way that may indicate an anomaly in how the manufacturing was documented. These “marked” files have been reviewed. The completed evaluation of these “marked” files and the review’s results to this point confirm the quality and safety of components that AREVA directly provided to U.S. utilities.

To ensure the safety and quality of all parts in service worldwide today that were forged at Creusot Forge, we are analyzing all documentation from 1965 to the present. This includes 6,000 files related to nuclear components, corresponding to 2.4 million pages. This will require about 18 months.

The audit of manufacturing documentation at Creusot Forge is distinct and separate from a measurements program concerning carbon segregation. The identification of carbon concentration in some forged parts in the French nuclear fleet has given rise to a wide controls, tests and analysis program.

Carbon segregation is a technical issue and refers to potentially excessive levels of carbon in certain areas of forged steel. Carbon is necessary in carbon steel and provides certain desirable attributes. The segregation is a phenomenon well known to metallurgists and several processes are used to prevent it.

Based on the analysis to date, there are no safety concerns for U.S. reactors.

We fully support the U.S. nuclear industry and remain committed to the safe and reliable operation of the plants, which provide nearly 800 billion kilowatt hours of electricity to power millions of American homes and businesses.

The NRC is part of the multi-national inspection team and visited Creusot Forge for an in-depth review. We have been communicating with utilities, manufacturers to which we delivered components or forged parts, and regulatory authorities, including those in the United States, since these issues were brought to light and we will continue to provide updates.

Our commitment to quality and integrity guides all of our work. We are determined to complete this work to guarantee the safety of the nuclear facilities concerned and maintain the trust of our customers, and regulatory and safety authorities.