On Dec. 22, an anti-nuclear organization posted a press release with incorrect information and unfounded accusations questioning the continued safe operations of U.S. nuclear energy facilities with components containing forgings from the AREVA-owned Creusot Forge. Based on their assumptions, the organization also submitted a formal petition to the U.S. Nuclear Regulatory Commission (NRC) demanding the immediate closure of at least 11 U.S. nuclear energy facilities, which are currently safely generating clean and reliable electricity in the cold of winter for more than 18 million American families.

Unfortunately, the information has been misunderstood by some to be new content and is causing some confusion and unwarranted concerns. To help clear this up, see the following details and status updates on the two separate investigations underway at Creusot Forge.

These parallel and independent investigations were identified and initiated by AREVA. AREVA notified the French Nuclear Safety Authority (ASN) once these issues were discovered, and both issues are being exhaustively examined under a careful and thorough set of international regulatory steps.

Also of importance is the point that not all components provided by AREVA in the U.S. contain parts made from forgings from Creusot Forge. As is typical of most heavy component manufacturers, AREVA orders forgings from several forging suppliers. 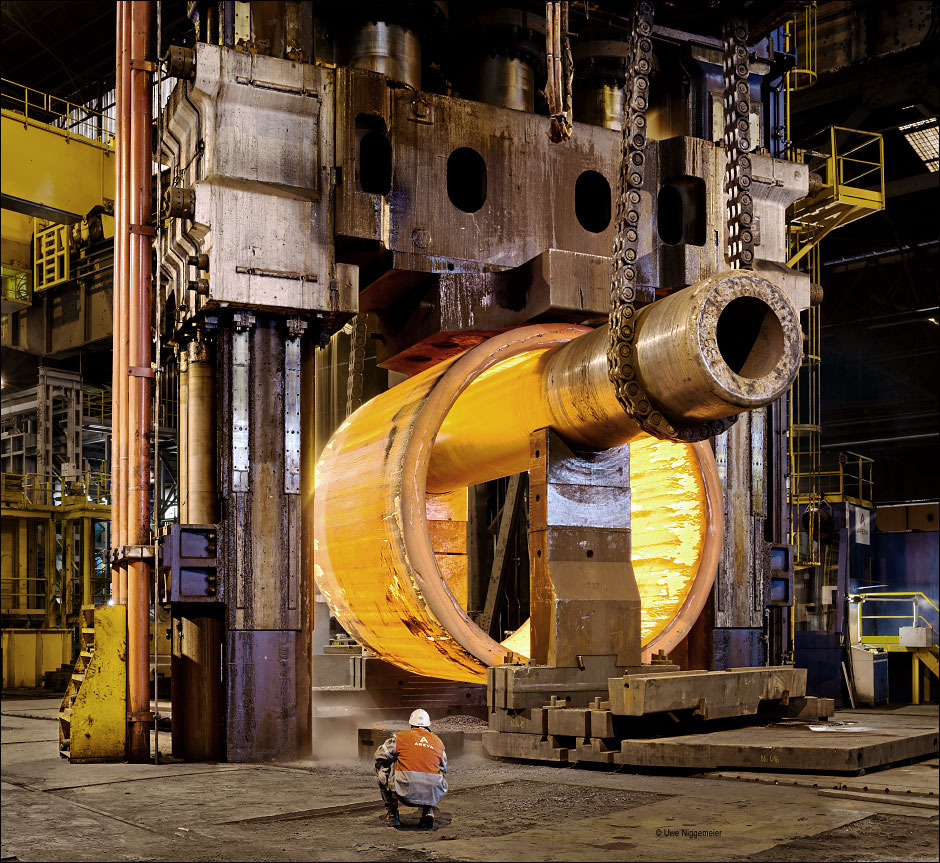 AREVA purchased Creusot Forge in 2006, and has been transforming the culture at the facility since its purchase to be consistent with the expectations of today’s regulatory environment. In 2014, AREVA launched a review of fabrication records at Creusot Forge dating back to 1965, which led to the discovery of fabrication record anomalies. As these anomalies are discovered, AREVA is following a methodical, technical process to ensure the components containing these forgings do not present a safety concern.

In the manufacturing documentation investigation, the review has been completed of the so-called “marked reports” at Creusot Forge. During the original process, these files were marked in a way that may indicate an anomaly in how the manufacturing was documented. The completed evaluation of these suspect files and the investigation’s results to this point confirm the quality and safety of components that AREVA NP directly provided to U.S. utilities.

To ensure the status of all parts forged at Creusot Forge in service worldwide today, AREVA decided to analyze ALL documentation from 1965 to the present. This overall documentation review continues, and AREVA will keep its customers and regulators updated on its progress and findings.

In addition to the fabrication record review, AREVA is investigating the possibility of the presence of carbon segregation in certain heavy components. No safety concerns have been discovered for components delivered to U.S. utilities.

AREVA NP contacted all U.S. utilities with nuclear power facilities containing forgings from Creusot Forge and reported that the investigations and regulators have not discovered any issues to date that present a safety concern. All fabrication record anomalies have been cleared through the formal corrective action program with customer engagement. AREVA NP has been and will continue to be in contact with its U.S. utility customers, its other manufacturing customers, and the NRC as these investigations continue.

Only five components provided directly by AREVA NP for U.S. utilities have been identified as having parts forged at Creusot Forge. All other components that AREVA provided in the United States have forgings sourced from other forges that have no identified concerns with their production processes. Many of the U.S. nuclear energy facilities listed by the anti-nuclear organization were supplied with AREVA components containing parts from other forges—not Creusot Forge. No components that AREVA delivered in the United States contain parts from Japan Casting & Forging Corp. (JCFC), a company not affiliated with AREVA.

The Creusot facility also supplied forgings to other heavy component manufacturers that were destined to be delivered to U.S. utilities. The Creusot Forge investigations to this point have not identified any safety concerns with forgings provided for U.S. nuclear reactors. Again, any fabrication record anomalies that were discovered have been resolved with engagement from the customer.

As we mentioned earlier, we are in close contact with the NRC and U.S. utilities as the investigations progress and achieve results. While we fully support and help sustain the U.S. nuclear industry, we also remain fully committed to ensuring the plants are operating safely. We will continue our investigations until all fabrication records have been reviewed and verified to be compliant with regulations. To date, we are convinced and the regulator has reported that nothing has been discovered that causes a safety concern.

We welcome robust, informed discussion of our nation’s energy portfolio, but the information referenced earlier needed clarification as it misrepresented the reality of the situation and runs counter to the actions needed to achieve our country’s environmental, energy, and economic goals.