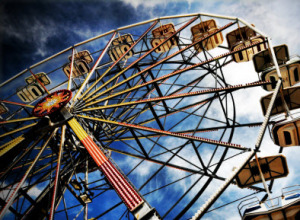 We are honored to host this week’s Carnival of Nuclear Energy – a compilation of insights and perspective from leading nuclear energy bloggers.

They Harnessed the ATOM – ANS Nuclear Café, Will Davis

The misrepresentations of nuclear power from ideological groups is finally being countered by a new organization named Nuclear Matters, made up of a bi-partisan group of high-level politicos including Former Senators Evan Bayh (D-IN) and Judd Gregg (R-NH), former EPA Administrator Carol M. Browner. Read more.

Tokyo’s Consumer Affairs Agency’s report for August shows that radiophobic concerns have swelled to new heights. In fact, it is just a tick worse than when the Agency began following the trend in February, 2013. The change is blamed on Japan’s Press and a recent graphic novel (comic). But, the real problem is a total dearth of science-based radiation education in Japan since WWII. Read more.

A nuclear test reactor built in 1959, refurbished in 1988, and shut down in 1994 will get a new lease on life. Idaho could be a site for a future SMR, but so far nobody is saying if or when. Read more.

Dynamak fusion reactor is a Sphermak variation that could be cheaper than coal power. Read more.

Lightbridge is negotiating with utility and reactor partners to fund and test full scale all metal nuclear fuel. Read more.

At Nuke Power Talk, Gail Marcus looks at how some of the pricing rules for solar energy end up leading to suboptimal outcomes. We are all familiar with the negative prices that some nuclear plants have incurred because of market pricing provisions, but in addition to these, her blog reports on the fact that the incentives that lead to owners orienting solar panels to achieve maximum total output do less to meet peak needs than orientations that produce less total power, but more power when it is needed most. Read more.

In many areas, electricity prices are set to rise rapidly this winter. Price increases of 30-50% have already been scheduled by several East Coast utilities. Meredith Angwin has blogged about these price rises at Yes Vermont Yankee: she will give a webinar on this subject in early November. (Note: the webinar has a registration fee.) Read more.