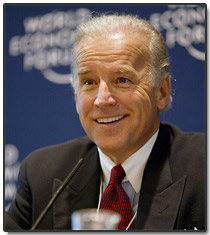 According to a report by Vice President Joe Biden, the administration’s clean energy programs are expected to help create some 700,000 jobs. He said that the $787 billion Recovery Act is helping spur investment in new clean energy technologies, including wind, solar, energy efficiency and perhaps even nuclear energy. According to the ABC News blog:

“I’m pleased to report that the administration is laying the foundation for a clean energy economy that will create a new generation of jobs, reduce dependence on oil and enhance national security,” Biden begins his memo to Obama.

Biden notes in the memo that “Recovery Act investments in renewable generation and advanced energy manufacturing of $23 billion will likely create 253,000 jobs and leverage over $43 billion in additional investment that could support up to 469,000 more jobs, putting us on track to meet the goal of doubling our renewable energy generation, including solar, wind and geothermal, in just 3 years.”

Smart grid investments through the plan are expected to create some 43,000 jobs. AREVA T&D is participating in one of these initiatives to develop the smart grid systems.

Regarding nuclear energy, the Vice President also reports that “by the end of our first two years in office, we will have provided conditional commitments for loan guarantees for two nuclear power operators to add three to four new nuclear reactors.”

That’s great, but weren’t there four companies listed as finalists for the loan guarantees? And DOE officials have said that the first loan guarantee for a nuclear project could be issued by the end of this year.