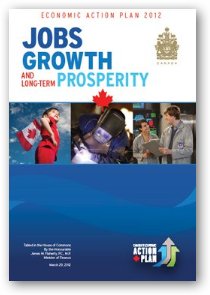 AREVA voiced its support for reforms to regulatory processes for energy and mining projects as outlined in the proposed Federal budget announced yesterday. AREVA echoed calls from the Canadian nuclear energy and mining industries that lauded the proposals included in the Government’s Economic Action Plan 2012 proposed March 29.  In fact, the budget specifically cites an AREVA Resources Canada project under review:

AREVA Resources Canada has proposed the construction and operation of a uranium mine and mining facilities in northern Saskatchewan, with capital investment of up to $400 million and up to 200 construction jobs. There was a 19-month delay in starting the environmental assessment. The federal lead department changed midway through the environmental review, which added unnecessary complexity.

In a statement, the Canadian Nuclear Association (CAN) said that it welcomed the government’s plan including “key measures to create a modern regulatory system that will also contribute to improved environmental performance for Canada’s energy and mining projects.”

“Our members support a regulatory process that establishes clear timelines, reduces duplication and burdens, and focuses resources on large projects where potential environmental impacts are the greatest,” said Denise Carpenter, CNA president and CEO.  “We appreciate the focus on what matters to the environment.”

The Saskatchewan Mining Association (SMA) also said in a statement it was pleased with the comprehensive reforms outlined in the budget. “Reforming the regulatory system with the goal of “one project, one review” for major economic projects will ensure their timely review while upholding environmental protection,” said Pam Schwann, Executive Director, SMA.

The SMA noted that the budget will help expedite over $50 Billion of investments expected in Saskatchewan’s mining sector over the next 20 years.