“After Fukushima: Now More Than Ever” | AREVA North America: Next Energy Blog 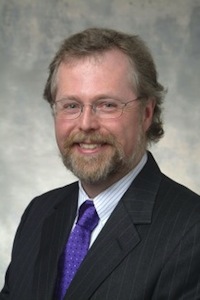 Some key quotes. He begins, as the title of the piece would suggest, at the primary lessons to be learned from the Fukushima tragedy:

“The primary lesson from Japan’s recent trauma, however, is that a tsunami is dangerous to everything in its path, nuclear plants included. Consider the growing needs for reliable energy, the fact that nuclear is probably the safest form of power that can meet those needs, and the unfortunate truth that fossil-fueled alternatives emit so much pollution that they arguably pose a much greater threat than the darkest nuclear accident scenario… A logician would see no reason for ambivalence, but most people are not logical when it comes to scary events. That’s why people worry about dying in a plane crash while driving to the airport, even though the drive is more dangerous than the flight.”

And he makes a persuasive case for the role we have long advocated for nuclear power, as a key source of “baseload power” with supplemental renewable sources.

“Now the world has focused on the danger of global warming and the need for technologies that can supply large amounts of power all day, every day, without emitting CO2. Nuclear plants are the only proven technology that fits that bill; they actually deliver 90 percent of rated capacity. That means a reactor rated at 1,000 megawatts pumps a full 900 megawatts onto the grid, averaged over a decade or so. In contrast, the vicissitudes of sunlight and wind mean that, over a similar period, a solar plant delivers less than 20 percent of its rated peak capacity even if it is in a sunny desert, and a wind farm generates less than 30 percent of its potential. With no good technology to store large amounts of energy, power companies must add baseload generators (nuclear, gas or coal) as backup for every wind and solar facility.”

Then he paints a very clear picture of the global energy challenges we face:

The energy problem for the 21st century is giving every citizen of Earth enough energy to support a modern standard of living — that probably means quadrupling the output of electrical plants. Advances in efficiency could, in principle, lower that number, but more likely other factors will raise it. Today, for example, only about 1,500 watts of the approximately 6,700 watts of power a typical American uses comes in the form of electricity, based on figures from the International Energy Agency. But if we continue to use more electricity to power cars, trains and other vehicles, demand for electrical power will probably soar. Where is all that electricity going to come from?

And Myrvold closes by pointing out the very different choices being made between Germany, and other countries:

The future of nuclear energy hinges on how we reconcile fears with needs. For Germans, the emission of CO2 appears to be the lesser evil, at least at the moment. In just the past few months, Brazil, South Africa and Saudi Arabia announced plans to move ahead with the construction of nuclear plants — 16 of them, in Saudi Arabia’s case. In those nations and in India, China and other parts of the world where nuclear reactors are scheduled to go up by the dozens, the complex calculus of risk may yield a different result.

It’s a very powerful and carefully considered understanding of the need to expand nuclear energy; read the entire article here.